Taking the local roads to the Bally Expressway

Sometimes you win some – sometimes you lose some.  Even though we went to pick up this game, we didn’t get to keep it.

Got an email from a West Bloomfield, Michigan resident and he was wanting to sell his Bally Expressway pinball.  This was only about 15 miles away so I replied with an offer and hoped for the best.

The next morning I get an email from him saying someone has already made the deal and he would let me know if they backed out.  Uh oh.  I had a real good idea who this “someone” might be and sure enough the local pinball Ninja used his Ninja mind powers and scooped this one out from under me!  Now the Ninja and I get along quite well, so all was not lost.   The Ninja was out of town so we made a deal where I would pick up the game for him in his absence.

And arrive at the Bally Expressway 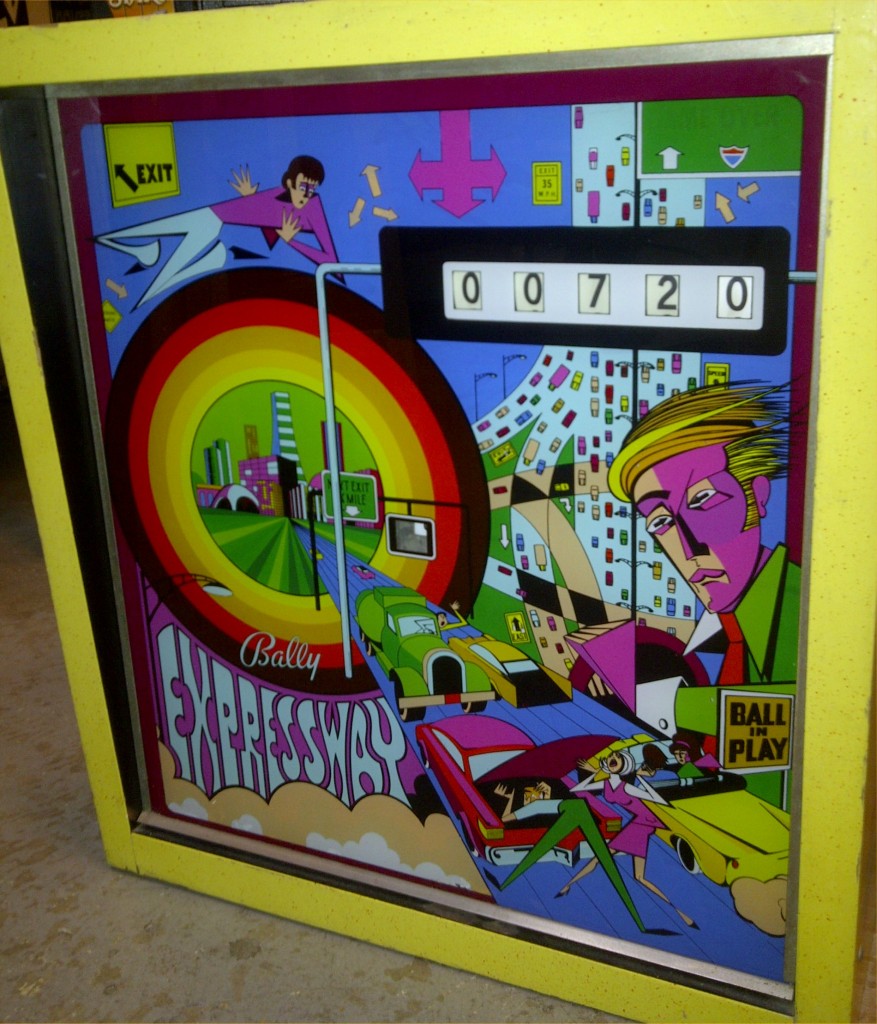 Guy lives in a Condo and conviently has the game in the Garage.  It was on its legs but the head was already off.  A quick looks shows it to be in great shape so it gets loaded up.

Love this type of load as all I had to do was slide it over to the back off the truck and prop it on the tailgate to load it in.. 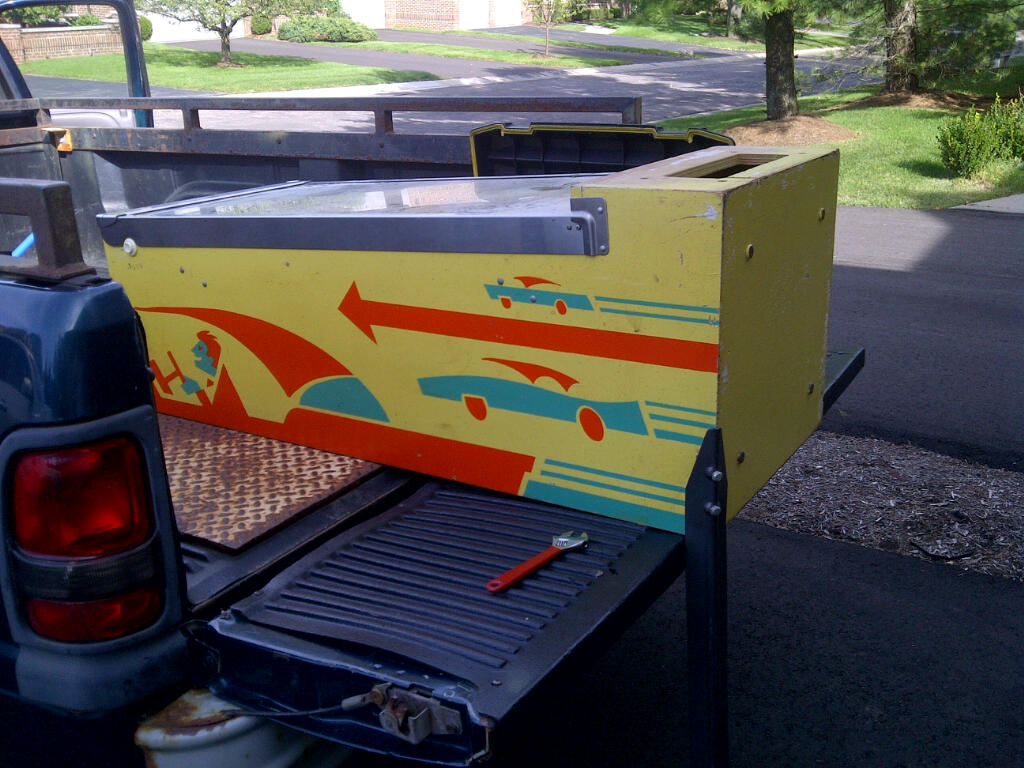 Just doesn’t get any easier than that!  The head gets loaded into the passenger seat.  Notice that the seat belt is used to strap it in – don’t want any damage, as the back glasses are never to be made again. 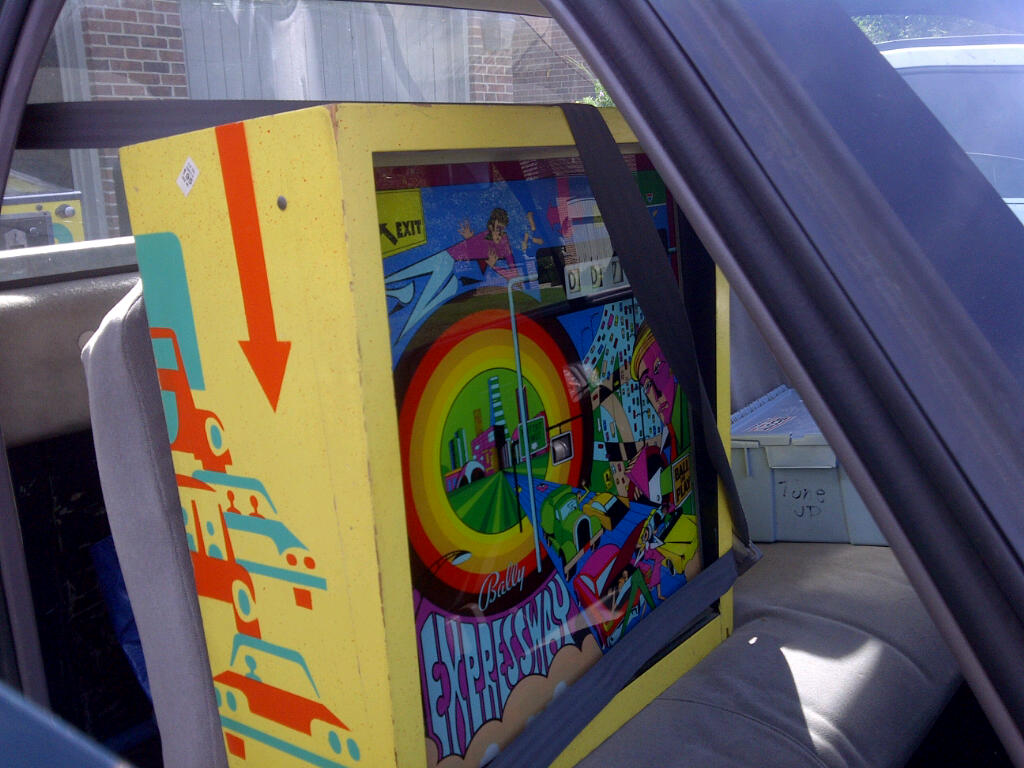 We also cover it up with a blanket as we don’t want the sun shining directly on it.  The sun can fade it but the biggest danger is the sun will heat the paint and it will de-laminate from the glass. 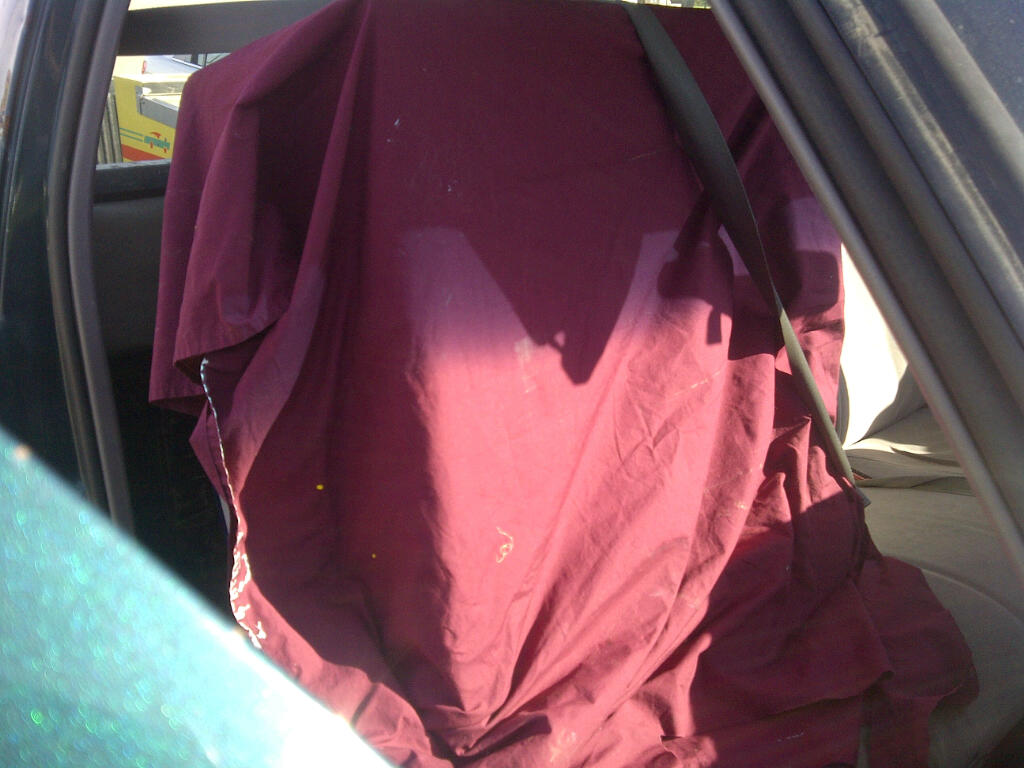 So this game now resides with the Ninja.  Next time, maybe it will be my turn.